This was the Maynard Ferguson Band live in Austin, TX. in 1974. A friend of mine gave me the tape he had recorded from his portable tape deck in 1974 at the concert. This was MacArthur Park, and I did some editing to keep it shorter in length. This tune was played as the closer of the 1st half. Lynn Nicholson was playing part of the solo part for Maynard that night.

Concert on February 9, 2018 with the One O’Clock Lab Band and Marshall Gilkes 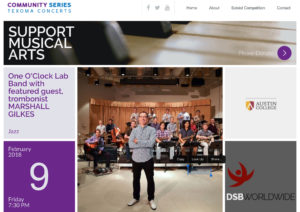 Our museum is sponsoring this concert next month at Austin College.  It should be a great concert, and part of the Community Series 50th Anniversary year celebration. To buy tickets: http://communityseries.org/home 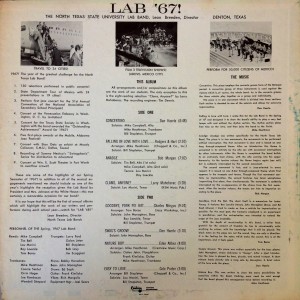 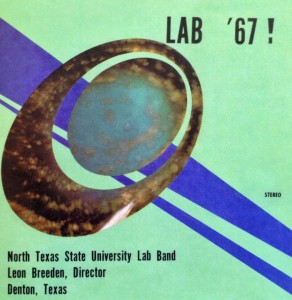 After doing the Carnival cornet album with “Moto Perpetuo” on it in 1987, Wynton must have decided to record a jazz equlivent.  This is “Cherokee” with only Wynton doing the solo.  Six and a half straight minutes of playing and improvising at a fast tempo, two, or three years after the Carnival album.  Instead of reading fast sixteenth notes for almost five minutes, why not create your own composition while you play?  It makes it a different challenge.  Add the creative element to the mix, and you get jazz.

In the liner notes of this boxed set of CDs, Wynton says he thinks this is some of his best playing.  The speed at which the creative ideas are coming out of his head is alarming to me.  There’s not enough time to think and execute at this speed–it has to be an automatic system working that I have heard other great jazz players talk about.

No time to think, just let it go and watch what comes out.  Most of us, including me, have no idea of what that feels like.  It also has to make sense within the chord changes, and be more than just random notes coming out.  This performance is trumpet at a level the jazz world has never heard before.

I think Wynton is constantly looking for new challenges, and trying to make a statement.  He is making the case that he is the best all-around trumpet player ever.  Until a great classical trumpet player puts out a recording like this, he has a good case.

Maynard Ferguson playing the 1st half of “Ole”

This would have been in Europe in the late 60’s.